459 shares
This post may contain affiliate links, which means I'll receive a commission if you purchase through my link, at no extra cost to you. 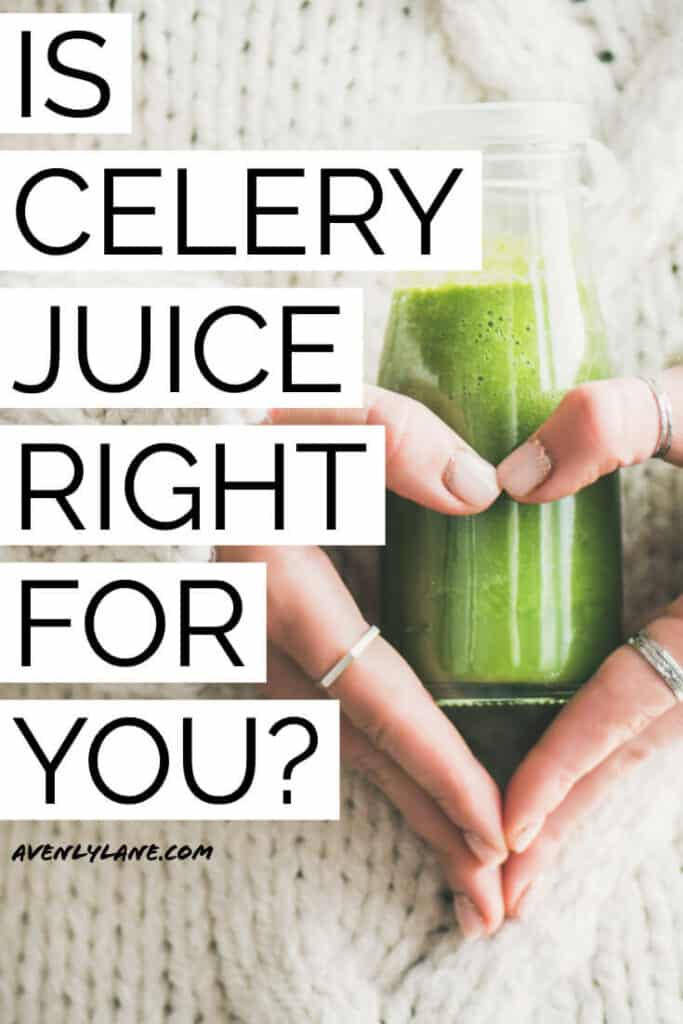 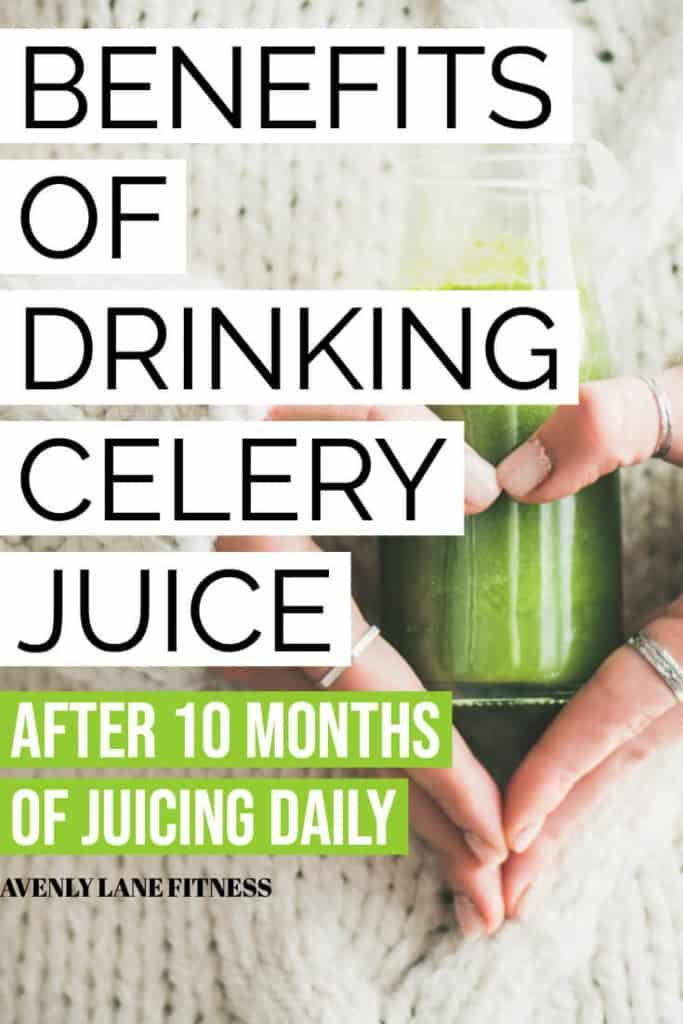 I searched for years trying to find something that would help my chronic illness; celery juice 100% helped me heal.

If you would have told me six years ago that I would heal my illness (POTS) by coming across a man online, that is not a doctor, not a researcher, not a nutritionist, but a medical medium, I would have laughed.

Yes, I noticed the red flags (more on that below), but…Anthony Williams the Medical Medium’s methods worked for me. Whether he gets help from a divine spirit or was just lucky in designing his plan I don’t know, but I can’t deny that it worked.

Celery Juice Benefits: Before and After 4 Months of Juicing Celery

Let’s be clear, I don’t hate doctors. But when you are diagnosed with an illness that we as a society do not know very much about it is really hard for doctors to help you. There is just not enough funding for research. Without research, what are the doctors supposed to tell you?

How are they supposed to help you if they don’t have the information to help you. (no research)

I couldn’t find a doctor who could help me even though I spent years looking.  I got second opinions, went to specialists, and even flew to doctors in other states!

And it sucks. It sucks having an illness where there are more questions than answers.

I refused to accept the answer doctors gave me. They said, “right now there is no cure.”

Who started the celery juice movement?

Anthony William, the self proclaimed Medical Medium, is the originator of the celery juice movement.

Anthony Williams claims that a divine voice tells him what is wrong with people’s health and then how to help them get better.

I know that sounds ridiculous, but…I was desperate. I didn’t care where the information was or wasn’t coming from. I just wanted to get better!

I decided I had nothing to lose and gave celery juice a go. This is what happened!

There are so many benefits from drinking celery juice. In this post I am only going to share the benefits from my own experience, though others have seen benefits with their symptoms. I will let my results speak for themselves.

What were my symptoms before and actual real life results after 4 months of celery juice.

Bloating, bloating, swelling and more bloating (I was NOT PREGNANT) But can celery juice heal your belly bloat?

I had severe swelling and bloating for so long I can’t remember when it started. It was miserable and very uncomfortable. I had to sleep on my back like a pregnant woman. I waddled. I would put on jeans in the morning and after my first sip of water would have to change due to my stomach bloating. Just from drinking water!

I tried everything and nothing worked! Doctors had no clue why I bloated. They just gave me a “filler” diagnosis of IBS, which was their way of saying, “we have no clue why you look 8 months pregnant”.

Can you use celery juice for bloating?

What happened to my belly bloat when I started drinking celery juice?

After 4 months of celery juice (and other dietary changes) – Belly bloat GONE!!

Seriously, it is crazy! I still am having a hard time believing it. The bloating, swelling, only being able to wear stretchy clothes, and constantly being asked “when are you due?” have completely halted.

It has only been 4-5 months, so we will see if any bloating returns, but after trying so many different things for years I can honestly say that nothing has worked so well and for so long as drinking celery juice. I can actually wear jeans again!! Yay!

How long did it take before I noticed improvements in my bloating?

It wasn’t until I had been juicing celery every day for 3 months that I started to notice things getting better, like, a lot better.

By month 4 of drinking celery juice, my bloating has completely gone away and not returned (even after going off my diet and traveling during the holiday season).

BE WARNED! My bloating got worse before it got better and it isn’t uncommon to experience bloating after drinking celery juice in the beginning. (I did at times)

The first month and a half I juiced celery my bloating actually got much much worse. My best guess is that as all the bad bacteria flushed out of my system it irritated things.

I almost quit juicing celery juice because of the increased bloating, but kept going because I had a good feeling about it. Thank goodness I stuck it out because the pain was easily been worth the gain.

Read Next >> Exactly How I Cured My Belly Bloat

I could write a book on weird rashes. They seemed to pop up all the time. When I went to the doctor they had no clue what was causing them or how to fix them.

4 month rash update – The rashes are almost completely gone. I still get some weird heat rashes, (usually when I have my period) but they used to come any time I was in the heat. The rashes have only come back when I’ve gone off the celery juice for trips.

The facial rashes hardly show up now. If they do, it is very minimal and more irritated red and dry skin rather than an all out rash. So much better than it used to be.

Can celery juice help with brain fog? My brain fog was so bad that my husband later told my he felt like he was married to someone with alzheimer’s. He said I would ask him a question, and then 1 minute later ask him the exact same question.

I felt like I had brain damage and memory loss. I forgot how to spell, I couldn’t add simple numbers. It was horrible to live like that.

When I started juicing celery juice my brain fog was not on “alzheimer’s” level anymore, but it was still awful. I was not able to focus, think clearly, and talk fast (I’ve always had a small stutter, but it came back stronger than ever).

4 Month brain fog update – My brain seems to be the last thing to recover. I still struggle to focus and think clearly, but I just wrote this 3000 word post in 4 days! I never could have written a post this long a few months ago. It is still getting better.

I had non-24 sleep wake disorder as well as day night reversal as well as horrible insomnia. I tried every sleeping pill prescription and non-prescription, but nothing worked except Anthony Williams’ diet tips.

Update on sleep 4 months in – Almost immediately after starting to drink celery juice my sleep fixed itself. The only time I have sleep issues now is when I go on a trip and go off my diet and celery juice (or when I cheat on my diet too much in general).

It tastes like celery…juiced. Ha! I’m not sure how else to describe it. I personally don’t think it tastes bad. At the beginning it made me nauseas, but that doesn’t happen now that I’m used to it.

If you try it and hate it I recommend cutting the leaves off, and not juicing the white or yellow celery sticks. They make the juice bitter.

I also recommend using a strainer. (This is the strainer I use) It goes down a lot easier if it doesn’t have chunks.

You will also notice that some batches taste different than others. Some are more salty, and some just taste different. I was shocked the first time my celery juice tasted completely different.

I use both. Whatever they have at whatever store I am at. They both seem to work, the taste can be slightly different, but I’ve had results using both.

How long does celery juice last?

I use these mason jars from Amazon with these air tight lids. I don’t like using the lids the mason jars come in because they being to rust after 1 wash. I don’t think they are supposed to go in the dishwasher either. I need something more low maintenance.

These mason jars can also go in the freezer if you wish to freeze your celery juice. I have personally never tried this but it is possible. However, it is important to be aware that the medicinal properties of celery juice will decrease when it’s frozen so it’s best to drink it fresh whenever you can.

What is the best juicer for celery?

Of all the juicers I’ve tried, the Omega NC800HDS Masticating Juicer is the one that solved my problems. Buy the exact one I use here. I wrote a full article on why this juicer is the best one for celery.

Should you try drinking celery juice?

After spending years battling Postural Orthostatic Tachycardia Syndrome (POTS Syndrome) and other chronic health conditions, I can honestly say that nothing (besides God) made a bigger impact on my health than drinking 16-32 oz celery juice in the morning on an empty stomach and following Anthony Williams’ diet tips.

If you are desperate for something to help, what do you have to lose?

Where to get more information on the benefits of celery juice?

If you are interested in more information on the benefits of celery juice I recommend listening to the Medical Medium podcast episode on celery juice (I listen to them on double speed).

Remember, none of this is science based YET, though I haven’t found any legitimate scientific evidence refuting his claims either (I’ve definitely looked).

Unfortunately for the chronically ill, we have not been left with much of a choice. Science has not offered enough help. Hopefully this will change, but for now what have you got to lose?

What questions do you have about juicing celery that I can help answer for you? Share any tips you have in the comments below!

If you enjoyed this post don’t forget to share it with your friends! Thank you so much for reading. I hope you found this post helpful!

Get more tips on how I have recovered from POTS Syndrome & other chronic health conditions on my YouTube Channel or instagram!

Read Next: The Best Juicer for Celery 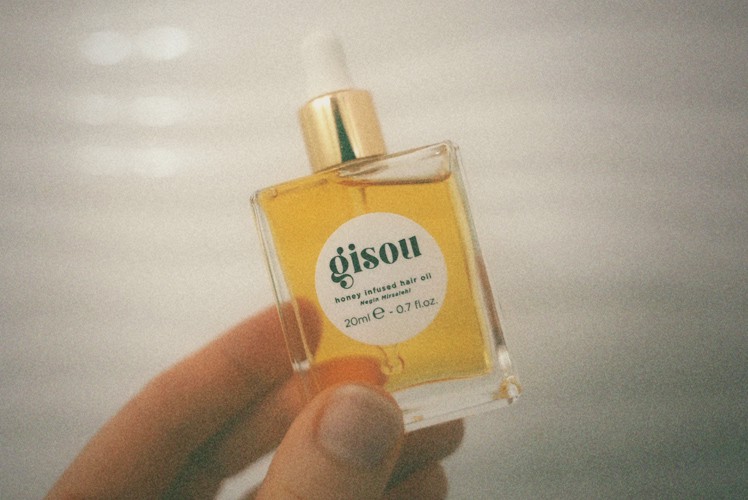